“So…what’re we doing today?” The quizzical stares, the deer-in-the-headlight eyes, always haunt me at some of the meetings I held my first few attempts at creating a cool club meeting. (If you’re looking for ideas that aren’t in person, see the post “COVID-19: Can Anime Clubs Survive?“)

To avoid disastrous moments of awkward silence and “let’s get out of here” whispers, here are a few ideas you and your officers can do:

Birthday Race – Make two teams. Within a time limit, the members must make a line sorted by birth dates. The team to make the line first is the winner.

Meishi or Business Card Game – Make pairs. Each pair will get a 3 cards. They’ll write their names on the cards. On the back of each card are stamps. Each stamp is worth different points. The members don’t know how much each stamp is worth until the end of the activity. Members will first introduce their friends (“This is Amy”). One person from each pair will janken or play Rock-Paper-Scissor. The winners will take one of the losers’ cards. Members who lose all of their cards must sit down. Once most of the class has sat down, the activity should end. Show the members the points per stamp. The pair with the most points wins.

Pass the Present – Wrap a small present with 6 to 10 layers of wrapping paper or newspaper. Play a Japanese song as the members pass the present around. When the music stops, the member holding the present must answer a question before unwrapping a layer. The game ends when someone finally unwraps the last layer and claims the present.

Suguroku – Give each member a worksheet. The members will play janken or Rock-Paper-Scissor with each other. The winner will become A. The loser will become B. The loser must answer the winner’s question and sign in the appropriate box. Now the winner can go forward by one box.

Truth or Lie – Members will say or write 3 things about themselves. Only 1 of the 3 statements will be a lie. The other members will guess which is a lie.

Fruits Basket – The members will sit in a big circle. One chair will be removed, so one person will stand in the middle of the circle. The member in the center of the circle will say a statement about themselves (“I am sixteen years old”). If any of the sitting members can say the same thing about themselves (“I’m sixteen years old too”), they will change seats. When the moderator of the game says “Fruits Basket”, everyone will change seats.

Karuta– Make many cards with Japan-related pictures (kimono, chopsticks, rice, sushi, sashimi). Put the members in small groups. Each group will get a set of the cards and they will spread them out evenly on the tables. The caller (whomever is calling out the Japanese words) will say the words in Japanese. The members must hit the correct picture card to get a point. The member with the most picture cards is the winner.

Ninja – This game has the same rules as Red Light, Green Light.

Shiritori – One person says or writes a title or word from an anime, manga, Japanese video game, song, or movie. The next person will say or write a word starting with the last letter from the first person. For example, if Person A says “Dragon Ball”, Person B will say a word starting with L (Love Hina, Legal Drug, Loveless).

Do a manga or anime swap.

Do a manzai, or stand-up comedy, day.

Do Japanese story-telling, or rakugo. You can watch a video, bring in a rakugo artist, or you can do it yourselves (think of it as funny campfire tales).

Have a haiku contest or haiku reading day.

Learn the dance steps to popular songs from artists like Vocaloid, AKB48, and ARASHI.

Look up popular Japanese fashions from Harajuku, Tokyo, and Shinjuku.

Make buttons with your favorite anime, manga, or Japanese characters.

Make keychains with your favorite anime, manga, or Japanese characters.

Origami cranes are great for cheering up any depressive souls. Japanese people usually make origami cranes when someone’s in the hospital. Did you know 1,000 cranes equals a wish?

Play Sengoku. This is an old conquest game played in Japan. You will need a map of Japan with the prefectures clearly defined and a lot of magnets in three different colors. Put the members into teams of three. Each team will pick a Japanese unifier (Nobunaga, Toyotomi, or Tokugawa) and a color as their team name and “armies”. Pick a prefecture. One person from each team will stand up. The moderator will ask an anime- or Japan-related question. The first person to raise their hand and get the answer right wins the prefecture. The team who “conquers” the most prefectures is the game winner.

Play Shingo, or the Japanese chess.

Visit the Japanese Consulate in your area.

Watch an anime or Japanese movie. Before watching the video, please get the anime company’s screening permission.

Guess that Anime Opener/Closer. Members will make teams. They will choose a category (ex: Shoujo Anime, Shounen Anime). The moderator will play an opening or closing song from an anime. Members will guess what anime it’s from.

Add your ideas in the comments below!

Jd Banks is an American expat who lived in Japan as an English teacher and now resides in California. Before coming to Japan, Jd graduated from San Diego State University in Fine Arts and Kinesiology. She has experience in marketing, web design, freelance art commissions, local politics, podcasting, and journalism. She currently hosts Anime3000's Manga Corner, blogs on Jade's Escape.com, runs an anime club help site, Anime Ascendant, and reviews books on her blog, The Ends Don't Tie with Bunny Rabbits.

Anime Ascendant is a website designed to assist secondary school, university, and community anime, manga, and Japanese culture clubs. Anime Ascendant offers support for these clubs in the form of advice, links, forms, contests, and programs. 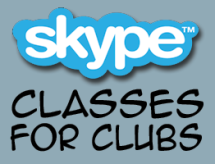 Anime Ascendant is on BlogLovin'!